All of our collections are made by hand. This means that at every single step, from production to distribution, we must keep people as our top priority. This respect for our men and women is the guiding force for all of the work we do.

1996 was the year that M. Hernandez Eric met an inspired Asian shoemaker. Hespecialized inleather sandals and had already made 4 prototypes of models made from woven cotton. M. Hernandez proposed a complete overhaul of the materials used. In two years, a polyester supplier was tracked down. 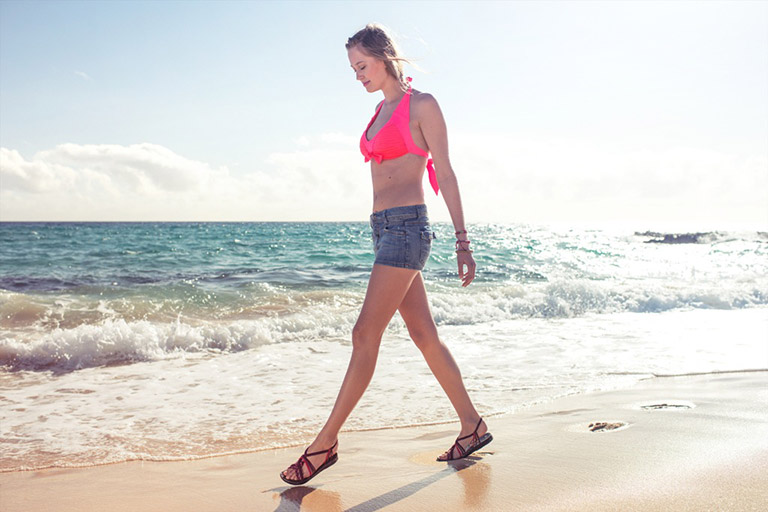 La Marine’s concept was born: a sandal which would stand up to both the sun and the sea.

The first season, in 1999, started quietly (1500 pairs). However, the success of the first La Marine collection, which already offered a beautiful range of colours, spurred these two friends on to push forward with their adventure.

Years went by, orders flowed in and the team of craftsmen grew larger and larger. M. Hernandez had to keep up with the increasing demand for a product that could only be made on a small scale. A network of distributor-friends* was set up. It strengthened La Marine’s image and enabled production to be slowly and smoothly scaled up in Asia. The objective was to prioritize the craftsmen’s working conditions over and above increased production.

In the first decade after 2000, the focus was on the diversification of the collections and workshops. At the same time, an ethics code controlling the production process was born. La Marine created new collections, performed quality control and came on site to monitor and improve working conditions. The 15,000 pairs which would soon be produced were immediately sold to the solid and ever-growing network of distributor-friends, and plans were drawn up to enlarge the workshop.

The relationships continued to develop, the number of pairs produced and sold increased, and the friendship and professional partnership between M. Hernandez and his Thai partner were firmly in place./p> 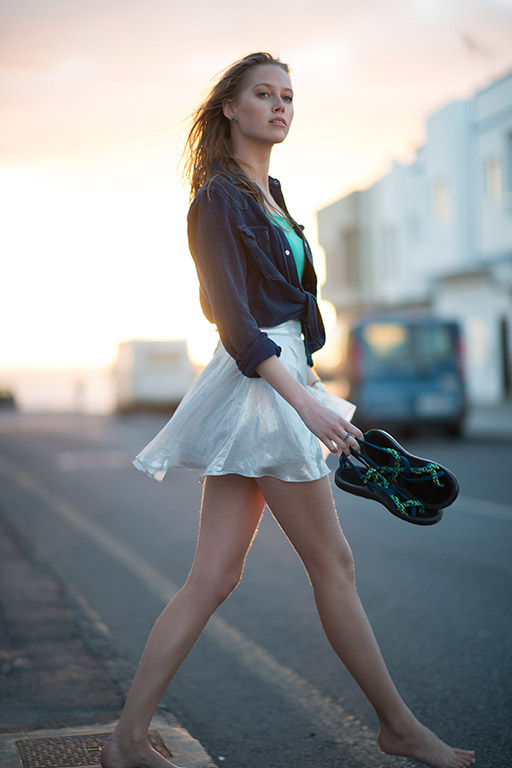 Production increased over the next few years, and these products were handled through the opening of the first seasonal La Marine boutiques and by the company’s first foray into European distribution (Spain, Italy, and Benelux). La Marine started to appear at professional trade events

The team also worked on improving their existing models. In 2007, the finished version of the La Marine Classic was released. It weighed only 140g per foot, compared to 350g 8 years earlier…

This passion for creation, innovation and technical mastery did not fade. The following years heralded the arrival of various different collections, some improving comfort on the sole (the Sport and City ranges), and others incorporating other materials such as leather and elastic (the Antik, Confort Street and Beach ranges) into the sandals.

At the same time, our markets were opening up, first in Spain then Belgium, Holland, Switzerland, and most recently in Poland, the United States and Australia…

The history of La Marine has always revolved around meeting new people and sharing the adventure. The purchase of the young and dynamic “String Tong” in 2014 was no different. La Marine is delighted to help this young company develop and to collaborate with its creator, M. Cédric Cador. His ideas, motivation and values are the perfect match for the vibrant and exuberant spirit at La Marine. A new building block, a new adventure and new experiences and projects to share. This is a great new challenge for us!

La Marine is celebrating its 15th birthday and can look fondly back at the very start of our adventure. We’d like to thank everybody who followed us and had faith in us from the start, and pay tribute to the hard work of all the teams in France (marketing, style, sales, accounting, logistics…) and our loyal customers. You have all enabled us to keep going and draw on our creative energy every season, pushing us to renew ourselves and to grow.

* Friends who were convinced by the future of La Marine sandals, and who agreed to work with us in a direct distribution model (events or markets) in order to promote the brand and the collections and avoid the expenses arising from larger organizations. Some of these have even opened their own 100% La Marine boutique.

Our special commitments to the Marines Classic factory

We guarantee our craftsmen:

LA MARINE GUARANTEES YOU A HIGH QUALITY AFTER SALES SERVICE

Always keen to give full satisfaction, La Marine is at your disposal to answer your messages, in most cases on an individual basis. For any clear cases of defects for which we are responsible and arising during the season in which you made your purchase, La Marine is also committed to ensuring that you can communicate directly with us in order that together we may find a suitable solution (for any problem of this type, please contact us via the "Contacts" section).

The development of new collections has led us to use new manufacturers producing goods for various brands. Although we are committed to inspecting and verifying the working conditions and salaries of the craftsmen working in these new workshops, we do not have the same degree of involvement.

Our work involves ensuring that our suppliers comply with the applicable laws and hourly rates. As we are particularly involved in Thailand, we welcomed the major increase in the hourly wage for Thai workers in January 2013 (a rise of approximately 20%)

Working closely with the Marines factory manager, Mr Hernandez guarantees the application of strict ethical standards, with the situation and working conditions of the craftsmen being a priority. The following objectives are priorities and form the essential framework in which any growth in production must occur :